Trustee Uduak-Joe Ntuk proudly represents Uptown Long Beach on the Long Beach Community College Board of Trustees. Elected in 2018, he is the first African-American male elected to serve since the college’s founding in 1927.

Uduak-Joe brings experience as an engineer, faculty member at Cal State University Long Beach, personnel commissioner at the Long Beach City College, an administrator for the City of Los Angeles, and California State Official to his role on the Board. A change agent, he is prioritizing student equity, vocational training, 21st century job preparation, and working in partnership with city and school district leaders to help better serve the Uptown Long Beach community.

Uduak-Joe Ntuk’s dedication to his community begins with a family legacy of service. His grandfather served in the U.S. Navy as a flight deck captain during World War II and was stationed at the Long Beach Naval Base. His mother taught math and science in Nigeria as a member of the U.S. Peace Corps. While she was in Nigeria, she met Uduak-Joe’s father. They fell in love but became separated by Biafra Civil War. His mother helped raise funds from her friends and family in Long Beach, so he could come to the United States and pursue his dream of higher education. Her successful efforts allowed Uduak-Joe’s father to join his mother in Southern California and he began his studies as an international student at Cal State University Long Beach. They got married and raised their five children in Long Beach.

Uduak-Joe attended St. Barnabas Elementary School and St. Anthony High School where he was an outstanding student-athlete and an Eagle Scout. He was recruited to play football at Long Beach City College, an opportunity that set him on a path to earn his Associates of Arts degree in Liberal Arts.

At LBCC, he excelled in his chemistry, calculus, and engineering courses while receiving an Academic All-Conference award as a linebacker on the Viking Football team in 1998. Since athletic scholarships didn’t exist at LBCC, Uduak-Joe paid for his education with help from Pell Grants, Cal Grants, scholarships, and working part-time in the local hospitality industry. A student-athlete and a teenage parent, Uduak-Joe faced many challenges. He received a full athletic scholarship to play NCAA football at West Texas A&M but balancing school, athletics, and being away from his young family became too difficult, and he returned to Southern California.

He worked a series of security jobs to provide for his family and save money to return to school. He was accepted to Cal State University Long Beach and began pursuing a degree in chemical engineering while continuing to work part-time. An active member of the campus community, Uduak-Joe helped create a student bill of rights, protested student fee increases, and fought for a more sustainable campus by requiring the Student Recreation Center be the first LEED Green Certified building on campus.

Foundation for a Successful Career

Because of the foundation provided by Long Beach City College, Uduak-Joe had the skills needed to pursue an engineering career in both the public and private sectors, including at three Fortune 500 companies.

After earning his Bachelor of Science from Cal State University Long Beach, Uduak-Joe received a job offer with Chevron and moved to Bakersfield. Spending six years in various petroleum engineering roles, he also earned his Master of Science in Petroleum Engineering at the University of Southern California.

Uduak-Joe moved back to Long Beach when he accepted a role as a Petroleum Engineering Associate for the City of Long Beach. He played pivotal roles in major developments and creating a more sustainable future for the city.

He served as the Director of Petroleum Administration for the City of Los Angeles, where he was responsible for setting energy and environmental policy as well as providing technical advice to the Mayor, City Council, and various city departments. He also represented the City of Los Angeles on the South Coast Air Quality Management District's Multiple Air Toxic Exposure Study (MATES V) Technical Advisory Group and on the Baldwin Hills Community Standards District Advisory Panel for the Inglewood Oil Field.

Committed to educating the next generation of engineers, he shares his expertise as a faculty member in the Chemical Engineering Department at California State University, Long Beach. 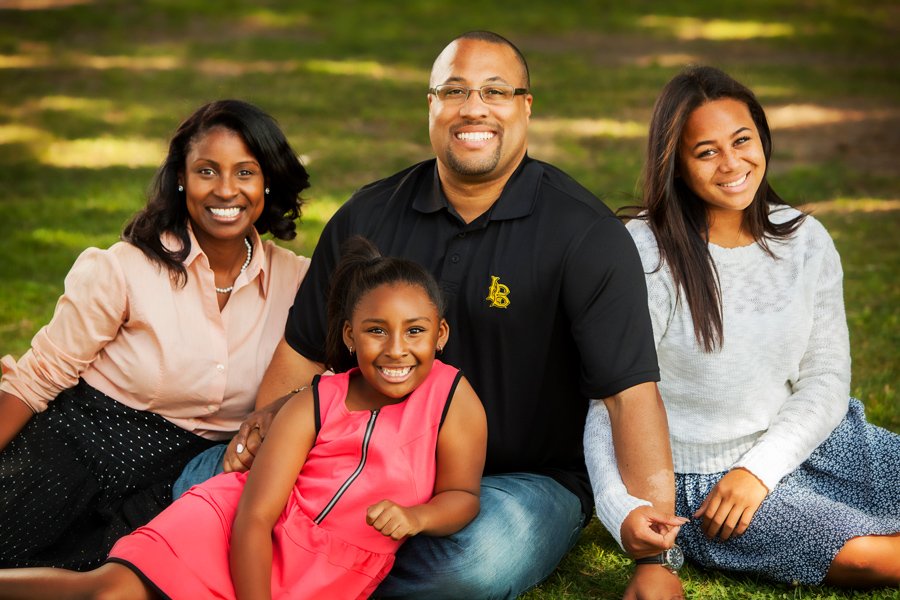 Dedicated to Our Community

Uduak-Joe served two terms as a Personnel Commissioner at the Long Beach Community College District, which administers the Merit System of equal opportunity employment for the district's classified employees.

Additionally, he’s volunteered his time to give back to students as a university academic advisor, a STEM advocate, Science Fair Judge, PTA Officer, Engineering Recruiter, Advisory Board Member, Science Educator, and Professor.

A well-known mentor of students, he has helped to placed hundreds of young people into jobs on the Pacific Gateway Workforce Investment Board Youth Council.

He and his wife, Tunua Thrash-Ntuk, are raising their children in the Riverdale Neighborhood of Uptown Long Beach and are involved in many local community organizations.